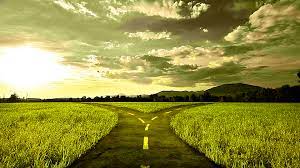 As an angel investor you invested in a company very early. They do well, you pat yourself on the back. Now they are raising more money. Fork meet road. To follow on or not to follow on, that is the question.

I have heard a lot of Angel investors say “I never do bridge rounds” or “I’ll just take the markup and save my capital for more shots on goal.” Another view is “Double down on your winners.” Which strategy is superior? In a market where power laws apply and the “winners” deliver the vast majority of the returns at all stages, it is important to have a framework to decide (at every stage) “is this one a winner?”. In my investment career, I evolved from an “early only” to a “double down on your winners” investor. If you are an “early only” investor today, I encourage you to read on. You may think differently about follow on investing. Or not, this is my model, you need to figure out your own.

Over decades of early stage investing I have stood at this fork dozens of times. Here are a couple of concepts I have found helpful over the years standing at this kind of crossroad.

Are KPIs growing faster than Valuation?. One of the big fears of early investors in this frothy market is that there is lots of “dumb money” out there marking up deals to crazy valuations. While in practice I have rarely encountered “dumb money”, nobody wants to be a part of it. Early in a company’s life (when you invested as an angel), the story and the founders are what matters. KPIs not so much. In follow on rounds, as soon as the Series A, valuations should start to track with KPI growth. As KPIs (revenue, customers, downloads, engagement, etc.) grow, so should valuation. For now, I will leave aside the question of what “multiple” is “fair” on these KPIs because that is an area of great debate and judgement for another time. To simplify things, just have a look at the growth rate in KPIs vs Valuation between the financings. In my experience, if KPIs are growing faster it is a positive, equal neutral, and Valuation growing faster, slightly negative. I recently invested in a company where the KPIs grew 400% and the valuation grew 25%. The last round may have been priced a bit high, but they blew away expectations, and this round is definitely a better relative value to the last round. Easy decision.

What is the notional capital raised plus debt?. While I have tweeted before that if you are optimizing for downside protection in angel investing. you are playing the wrong game, at this crossroads, it is a good time for a gut check. The notional (total capital) raised plus repayment of any debt is the absolute hurdle rate the company must receive in an acquisition or liquidation for investors to receive their capital back. I slapped my head in amazement at A16Z’s recent $100M investment at $3B valuation recently in Clubhouse, barely out of diapers. Was the company really worth $3B this early? Then I did the math on notional capital. The company has raised approximately $150M total capital (which has a preferred return) and I am assuming they have zero debt. This means investors are in the money at $151M sale price, not $3.15B. What is the probability that one of the hottest consumer companies with $100M+ in the bank (basically infinite runway) is worth more than $151M? 100% in my book. If they sell for $600M, the press will call it a disaster versus their last round at $3B, but investors will make 2-3X their money (depending on the preference stack). If this number (notional capital plus debt) is < 10% of the Valuation I see it as a positive, between 11-50%, neutral, and over 50% negative. If a company has preferred investor preferences for over 50% of their valuation it means they have been very inefficient in value creation with the capital they have raised.

Is management on top of the game?. After your first check, how has management execution and communication been? As a small investor, you may not have information rights, but you can see how the company is executing in the market, on their blog, etc. Is it the first time you hear from the CEO when they need more money? Have they been transparent about the challenges and pivots they have made? Do you still trust them with your money? What I want to see here is Management doing THE RIGHT THING as challenges come up between financings. Challenges always come up. Did management stick their head in the sand, stay too long on a loosing strategy? Wait too long to cut bad investments? Respond to market opportunities? This is more of a feeling than a quantified measurement. “On top of the game” is a positive. Anything else, especially “Meh” is a negative. There is no zero ratings for this one.

Are there SMART goals for this funding window?. Money = Time in startup land. But time to do what? For every fundraising I ever participate in, I want to know what the SMART (Specific, Measureable, Attainable, Relevant, Time-based) goals are that the company hopes to achieve in this funding window (before the money runs out). Those goals must deliver a valuation increase supported by KPI growth. That valuation increase is either another round of financing, profitability (no more financing needed), or a liquidity event. I am often frustrated (and pass) when I hear “dumb” goals for the financing. “Dumb” goals include “hire some developers”, “get an office”, “buy some ads” and my least favorite “hire a lawyer.” I also want to know how much “wiggle room” they have in the budget. For seed or pre-seed investment, I typically want to see a CEO raising at least 2X the budgeted capital for a shortlist of SMART goals. If they have SMART goals and are raising 2X the budget it is positive, 1X the budget, neutral (assuming they meet the goals), and “dumb” goals, or less relevant goals or underfunding the goals is negative.

Is this one going to “break out”? When?. Since “winners” deliver the vast majority of the returns, at every financing round ask yourself, if this one is on the path to being a “winner.” Risk adjust the probability and understand the time scale. I recently invested in a 5 year old SaaS company which was break even and growing at 30% Y0Y. Good, but not a “break out” clear winner. They were raising money to build a new product based on their core technology for a new market which could deliver “break out” revenue growth within 12 months (the funding window). I wrote the check. I was also asked by a company I was invested in for a bridge financing to “get to a Series A in the Fall” without material changes in KPIs, or any break out products between now and then. I passed. If the answer to this question is “Yes” and “soon”, I view it as positive, “Maybe” is neutral and Not in the this funding window is negative.

Outside lead or inside round?. I am not of the opinion that all inside rounds are bad. Insiders have an asymmetric information advantage. I recently participated in a small inside round at $16M pre while the (profitable) company was negotiating a term sheet for a follow on round which came together at 3x the valuation within two months. Why did the company do it? It was a small raise for strategic investors at favorable terms to reward their strategic value. When the company has a clear set of KPI’s they believe will drive valuation in the next round and they need a small amount of capital relative to dilution to ensure they meet those KPIs, that can also be an interesting opportunity. Who is leading the round is a Secondary signal versus the Primary signals of how the business is going. I tend to weight primary signals much more highly, but in the case of follow on investments, this is one time where I super weight a Tier 1 VC investment. I recently invested in a small SAFE in a company doing $40K MRR to expand team and infrastructure to support signed customer contracts which would deliver +$100K MRR within three months. At over $100KMRR, the universe of investors grows substantially. I wrote the check. I view view inside rounds as neutral and outside priced rounds as positive with a Tier 1 VC as a Double positive.

What % of my reserves is the ask?. Typical Venture funds reserve about 20% of their funds for follow on investing. Many Angel investors I know don’t really have a coherent plan for follow on investments, certainly don’t think about “reserves”, and therein lies two problems. Not having a plan and not thinking you have reserves. Follow ons are going to happen, you must have a plan. As an angel, your “reserves” are all your investments in assets outside the early stage, public markets, real estate, etc. Since my personal balance sheet allocation to early-stage investing is low single digits, I technically have > 90% “reserves” on my balance sheet for follow ons. Here is my plan for follow ons. It is to stand in the fork and decide each time with a bias toward doubling down on the winners. If the follow-on asks amount (the reserve) is sitting in another asset (say the public market), I ask if that asset or the follow-on has a higher probability of a higher return. When the % of my reserves that the follow-on ask is < 10% I view it as positive, 10-30% neutral, and > 30% negative. I don’t want to put too much of my reserves in the high-risk basket.

Being a nerd, I have a spreadsheet where I score each follow on investment on a scale based on these categories. You can find the spreadsheet here.

How I use this matrix

While I can’t share the detailed data (confidentiality), a recent conversation with the data team at Angel List confirmed the “double down on your winners” strategy. The team was curious if data supported the conventional meme that “bridge rounds are bad”. Angel List tracks investments, returns and markups for every manager on their platform. What they saw, to their surprise, was that the early managers (pre-seed and seed) with the best returns were plowing money into bridge rounds of their fastest growing companies that subsequently raised capital from top tier VCs at much higher valuations. The early investors, when they had an asymmetric information advantage in a fast growing company, were doubling down on their winners. While I don’t know the model everyone else is using to figure out the “winners”, you now have mine.